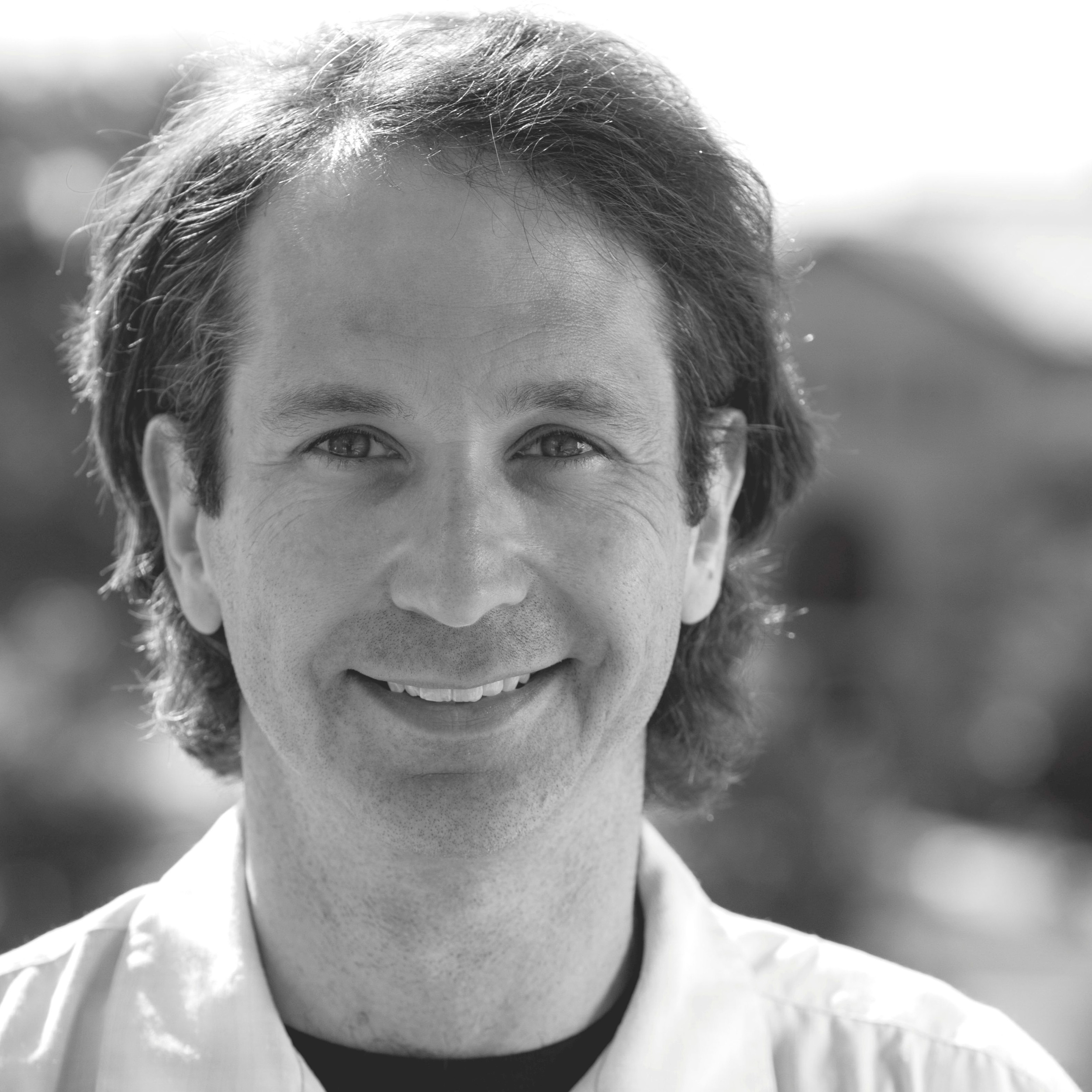 Lee Calisti, AIA, a 1991 graduate of Kent State University, won the AIA Medal of Honor as the top member of his graduating class. After being in practice for twelve years, he established lee CALISTI architecture+design to pursue an interrelationship between practice and teaching. Since 2002, his role as an adjunct associate professor at Carnegie Mellon University’s School of Architecture has afforded opportunities to draw upon the fresh energy and investigative methods inherent in the studio environment as a tool in his office. Lee has approached each project with his proactive and energetic approach and his attention to detail, allowing him to earn numerous design awards. Recently, Modelo had the opportunity to learn more about Lee’s unique approach and philosophy on design.

On becoming an architect
I typically tell people it chose me, rather than me choosing it. It has been a journey.

As I was growing up, I knew it is what I wanted to do. I’d always been artistic and creative, but at some point around ten years of age I realized that drawing or mere art wasn’t enough. I’ve enjoyed photography since I was fifteen, but I wouldn’t want to do portraits or weddings. The part of me that liked to make things needed to be satisfied.

In the 1970s and 80s, kids were always outside. We made treehouses, we made ramps for bikes, and we would just make things with no structured schedule. I remember starting to draw houses early on; the newspaper published one each week and I was fascinated by the way they were organized. One of my friends who lived a few doors down from me had a dad who was building an addition on his house one summer. Watching his dad make it was utterly fascinating to me despite it not being anything architecturally significant.

I believe at one point I took a book out of the library in the late 1970s. There was no Internet, no one owned a computer; times were quite different. The book was by an architect of his work and it was interesting to see how architects draw. There was something unique in how architects did things. The types of drawings and the way this particular architect drew and hand lettered might seem archaic to what we’re used to today in terms of representation. Nevertheless, I knew I had to do that, I had to replicate it.

Throughout junior high school I had a remarkable art teacher who told me it was ok to be artistic. It was ok to be creative and I should explore that, I shouldn’t suppress it. I should just be content with who I was as a person. In ninth grade I remember starting to build models and houses in that art class. They were traditional, but at least I was getting used to building a three-dimensional representation of a house. I was fourteen years old and learning modeling skills, learning how to use tools, I had a drafting table. I was quite content to get lost in my world of art, drawing, drafting, architecture, and model making. It felt comfortable and at-home to me. Decades later, that art teacher would become a client.

When I finally arrived at architecture school as a transfer student from another college in 1986, I remember walking into the studio and seeing everybody else’s work, and it was good. I realized the playing field was level and I wasn’t the unique artist among the group anymore. It challenged me and set the bar high.

During my years at Kent State University, we were constantly exposed to the world of architecture in both a contemporary and historic sense. I saw things (pre-Internet) in books and magazines that I had never seen before. It was a rush that couldn’t be contained or satisfied. I was so in love with this now and knew I’d made the right choice. I walked into the library once a day or three times a week to pick up the latest magazine or monograph to immerse myself. It was confirmation that I had chosen the right career.

On discovering his own voice as a designer
My first two years of school could be considered rigid, especially the second year. Foundational is how I choose to think of them now. Yet, I remember in my third year of college, I had gone off the deep end and just wanted to discover everything. I began to explore other geometries and other architectures – this was all done without computers. Anything that was twisted, curved, bent, crooked, or off kilter was fair game. More important to experimentation, I had always developed a conceptual aspect to my work, symbolic, even metaphoric at times. It just seemed natural; architecture needed deeper meaning. I was fortunate to win the AIA Medal of Honor in 1991 for being the top in my graduating class. I guess my explorations paid off.

My first job out of school taught me quite a bit, but I wanted to pursue a different type of work. Even when I made a change to an award winning downtown Pittsburgh firm in 1995, I still had their voice after eight years there. It wasn’t until I launched my own practice in 2003 that it began. Designing our own house contributed to that too. It was personal. Up until then, I felt like I was a tribute band playing other people’s songs until I could write my own music. Now I understand the great responsibility that comes with that privilege.

On principles he strives to adhere to
Despite my broad academic explorations, I’m a minimalist at heart. I tend to speak and write with verbosity, but when it comes to architecture—minimal expressions are best. I believe work should be good on its own without superfluous adornment. I agonize over composition and spatial arrangements, and I believe strongly in contributing to how one reacts to that space.

For me, there has to be a connection between how it works and how it appears. We once created a small residential addition on a shifted angle merely because it needed to be directed to a landscaped area with birds and trees that the owner watched every morning during their breakfast. I measured the angle between the two points and that derived the shift.

Design elements may falsely appear gratuitous, daring or self-referential at times, yet I insert those features carefully because they’re doing something else. They’re integrated with the building systems, they perform some type of practical function, and they might even hide something. They’re not just there to look good. Our budgets don’t permit free rides.

Beyond that, I strive for our architecture to make whatever my clients do better. I am still trying to figure out what that means. Can it make them sell more food? Can it make them more productive in their office? Can it make them rent their apartments quicker? The architecture can’t just be pretty, it has to benefit the users of the building, it has to benefit the owner of the building, and ultimately at some point it should contribute to its community. The esoteric conceptual methods remain, but I tend to keep those to myself hidden in my sketchbooks.

On projects that represent his unique approach
One our projects, house6 (which happens to be our house), showcases how design on a budget still works. I’d like to think it’s a laboratory as the interior and exteriors aren’t completely finished 8 years later. The budget challenged us with making a dumb box interesting, only to find it was enough. Earlier architectural maneuvers were stripped off. Composition became critical and the only ornament comes in where differing materials meet. There is always a reveal or change of plane or texture at adjacent materials. The identity of the parts can be read in the midst of the overall composition. The plan and interior spaces work quite well.

On a recent pizza restaurant, we elevated this simple building type by using a change in materials and levels to distinguish between spaces to move and space to rest. With no vertical dividers, the floor and ceiling materials give spaces identity. Simple materials such as aluminum storefront, tinted glass and corrugated metal shield a banal building and yield a new image. We try to elevate the everyday a bit higher.

We have several adaptive reuse projects at various stages. We live and work in a small town, but its current rebirth is affording us many opportunities to develop conspicuous architecture. Exposed steel and pairs of columns in a bar conversion create an interesting cadence and spatial divider, yet their genesis came from an understanding of the structural construction sequence of the removal of a masonry bearing wall.

In our world, it takes patience, pleading and a bit of alchemy to get things built. We have to show our clients how investing less results in actually overpaying for an underwhelming building that won’t attract anyone. Finding the sweet spot between indulgence and parsimony can be a razor’s edge.

On his aspirations for the firm in the next 5-10 years
I am choosier about the work that we take on and hopefully inviting like-minded clients. Being a small firm practitioner, attracting people that share a similar set of values and a parallel vision in a small city is quite challenging. I’d be content to continue bringing new life to the commercial building stock in my region and leave a mark of our time. However, in order to do relevant contemporary residential work, we will need to draw from a larger area. This is beginning to happen with the internet and forms of social media. A steady diet of the same thing gets tiresome and makes me afraid of becoming stale or irrelevant.