The project is an aerial transportation hub that pulls functions across multi-leveled loops above the city. This new civic building features an interwoven three dimensional streetscape that is blending interior with exterior and provides framed views to the city beyond. It endeavors to negotiate the scale of the hub with the fine grain urban fabric of the city.

The site of the project is located at the edge of a slope between the two densely inhabited cities of La Paz and El Alto in Bolivia. The cities have a height difference of 500 meters and were poorly connected, so cable cars were implemented to improve public transport and to reduce the economic and social divide that has occurred. The site is a strategically important infrastructural node for the both of the cities.

The project consists of not only transport facilities but features additional program that is stimulating a central void within the proposal. This includes an enclosed volume that is framing the central space and contains a public library which is also part of the university located at the next cable car station.

The central void is the nexus of the project. This void is animated by infrastructure. It integrates bus services, the existing cable car network and its planned extension which spread out in different directions and are interweaving the aerial transport with the transport on the ground.

Conventionally stations that are traditionally horizontal or if they contain multiple levels, they are concealed. Compared to this model of a station, the project exposes these levels to create a full experience of this three dimensional space. The spatial experience is created by the use of giant loops which connect the platforms distributed in this space and work like an three dimensional streetscape. They provide continuous circulation and constant view connections to the city beyond and the other platforms. 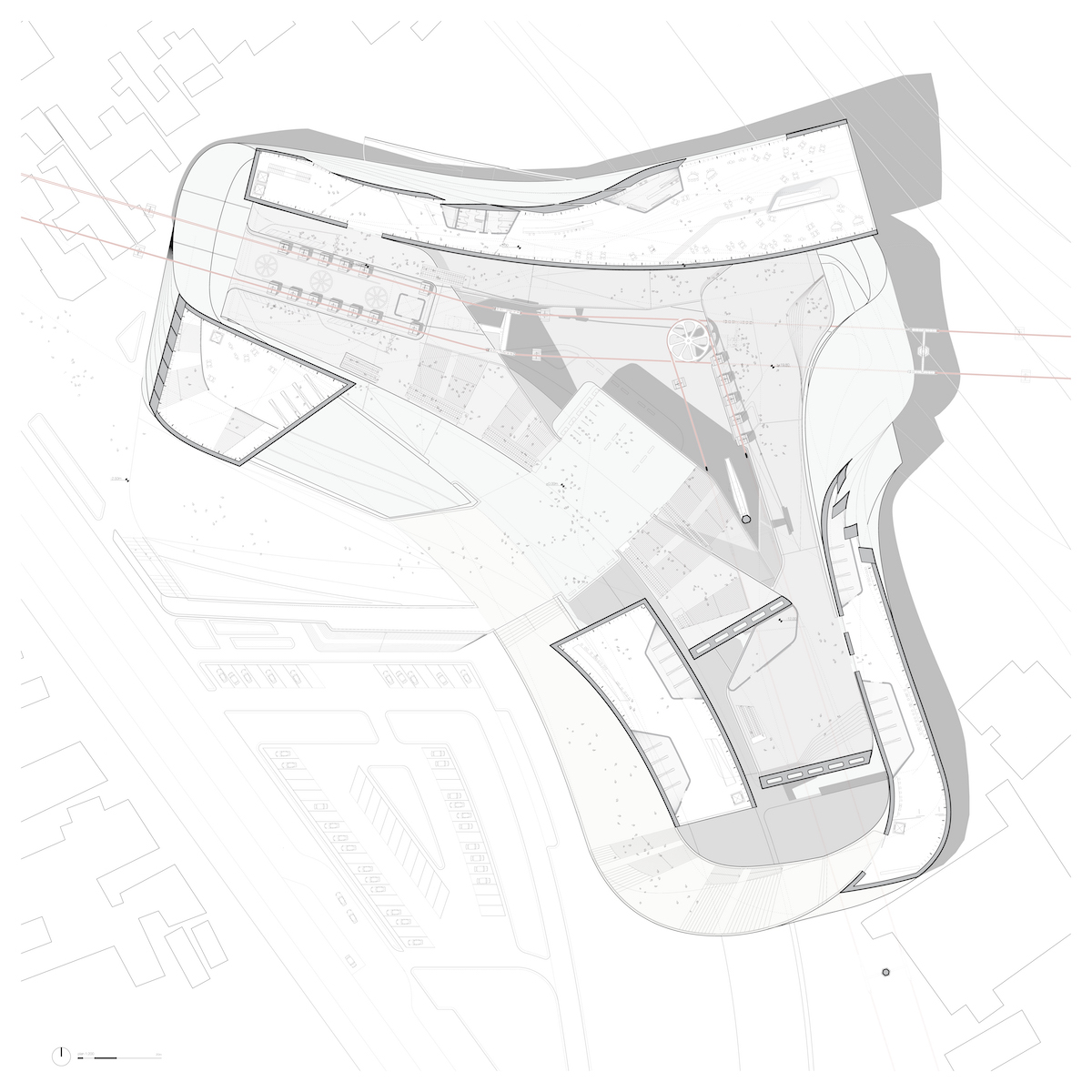